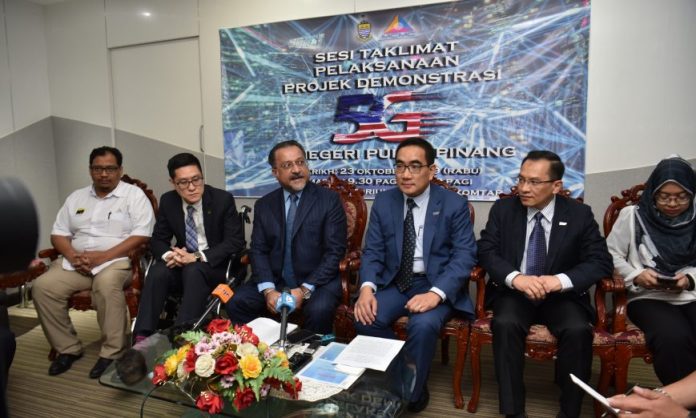 PENANG will prioritise three of nine verticals (fields or areas) under the 5G Demonstration Project (5GDP), namely in manufacturing, tourism and smart city.

This was revealed by state Housing, Local Government, Town and Country Planning Committee chairman Jagdeep Singh Deo after a briefing by Malaysian Communications and Multimedia Commission (MCMC) officials to some of the state executive officers and industry players in Penang today.

The 5GDP, which will be conducted for a six-month period from this month until March next year, is a test on the preparedness of the country to implement the 5G technology.

The other verticals are agriculture, education, entertainment and media, digital healthcare, oil and gas and smart transportation.

Penang is one of the six states chosen by the Communications and Multimedia Ministry, through MCMC, as the testbed for the demonstration project of 5G technology. The other states are Kedah, Perak, Selangor, Terengganu and Kuala Lumpur.

“The Penang government is indeed very proud and would like to thank the ministry for selecting us for the project,” Jagdeep told a press conference in Komtar today.

“We hope we can be 5G ready by September next year because we are going to host the World Congress on Information Technology (WCIT).

“We just came back from Armenia (which held the WCIT 2019). Next year will be very appropriate and timely for this demonstration project to succeed by then.

“We will be having nearly four to five thousand delegates from all over world converging here on Penang to see how Penang has developed, with this 5G technology included.”

Jagdeep said Penang has many applications ongoing in terms of smart city initiatives, such as smart bus stop, first digital library in Malaysia, smart parking system and the first city in Asia to enjoy Terragraph.

He added that 22 smart initiatives had already been completed in Penang, six are ongoing and four are in the pipeline.

Zairil said the project is very much in line what Penang is doing, in May this year, we announced the Penang connectivity Master Plan which a collaborative effort with MCMC and the telcos to facilitate the implementation.

“The applications of 5G technology are enormous and will certainly bring Penang to another level of development and progress,” Zairil said.

“5G is not the only technology but one the technologies that can provide gigabyte connectivity or high-speed connectivity for everyone.”

Lim concurred with Jagdeep that Penang has already got a base of ready applications, especially related to smart city.

“We’re excited at the opportunity of bringing 5G to Penang. We would like to see how this application can now be further enhanced with the ability of 5G connectivity.

“Certainly, 5G can provide and will provide faster and better mobile connectively on your smart phone, especially for consumers, but 5G is more than just faster smart phone experience.

“5G will also look at providing connectivity, transforming and digitalising industries, like manufacturing and tourism. The use of 5G will support and complement the other key industries that are important in Penang.

“5G will allow you to have what is called massive machine type communication (MMTC). Some of the applications will need not just higher speed but also lower latency. That is where 5G will have a role to play because current technology cannot support such concepts.”

While some quarters may be concerned with health issues over the electro-magnetic transmission from the towers, Lim said he could provide reports from World Health Organisation (WHO) or US studies proving otherwise.

Lim said after MCMC have issued the necessary spectrum to the telcos, the later would then do the commercial roll out of 5G by the second half of next year.

“Infra sharing is the way to go. The cost of deploying 5G is high. Most of the equipment are not made in Malaysia.

“We are really promoting infra sharing and are trying to formulate a programme to see how this network sharing can really happen.

“Instead of everyone subscribing to the fibre, the tower can fibred by one provider and then shared with others. The objective of infra sharing is obviously to reduce the cost. If we can reduce the cost, it will benefit everyone.” 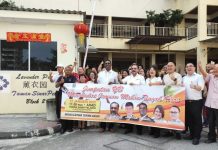 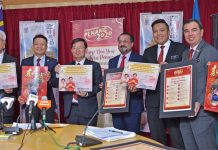 Penang set to usher in Year of the Rat with a bang! 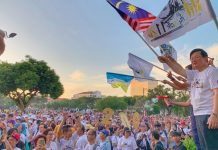