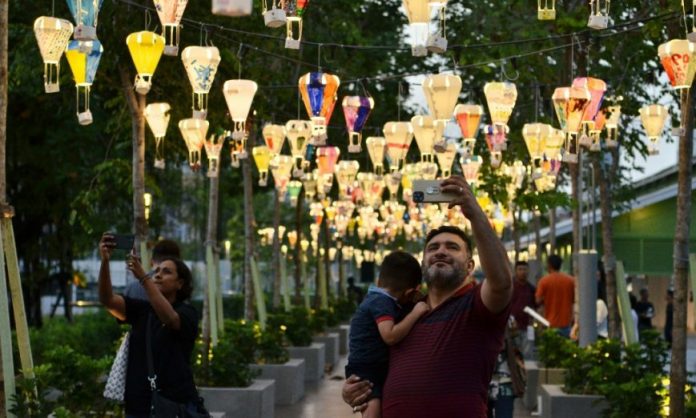 THE Penang Hot Air Balloon Fiesta 2020 (HAB2020) will be happening for the sixth time in conjunction with Chinese New Year at Polo Ground on Feb 1 and 2.

Announcing this today, Chief Minister Chow Kon Yeow said he hoped the weather would be kind and fine unlike last year when it rained.

The event, he said, was suited for all ages and all races.

“Many of our visitors come to experience Penang’s fantastic diversity in culture, heritage, arts as well as its natural surroundings of sandy beaches, breathtaking hills and cityscapes.

“As a result, the services sector, including tourism, contributes nearly 50 per cent of the state’s GDP, overtaking the manufacturing industry,” Chow said at a press conference at Sia Boey archaeological urban park today.

Chow was there to officiate the lighting up of ‘The Path of Penang Hot Air Balloon’ together with state Tourism Development, Arts, Culture and Heritage Committee chairman Yeoh Soon Hin.

Upon their launching, the area was brightened up by the hundreds of colourful mini lanterns in the shape of hot air balloons that were strung overhead.

The festival, he said, also shines the spotlight on Penang2030 vision. One of the aims of the vision is to get the family together and bond, so this festival offers plenty of opportunities for people to spend quality time together with their loved ones.

Yeoh said the Penang Hot Air Balloon Fiesta is one of the signature events to be held for the state’s CNY celebrations.

He said that this year, he has decided to move the ‘Path of the Penang Hot Air Balloon’ from Esplanade to Sia Boey to promote the park.

Besides Sia Boey, similar mini lanterns were also lit up at Butterworth Art Walk last month. Yeoh said the lanterns at both areas would be lit up until the end of March.

AKA chief executive officer Izzati Khairudin said the two-day event would see the participation of 15 colourful hot air balloons at the Polo Ground from 7am to 9pm.

She said the highlight would be the ‘Night Glow’ shows featuring 10 balloons lighted up with music and lights to fascinate spectators.

“Over this two-day event, ticketed tethered balloon rides will be available where one can go up as high as 60 feet.

“There will also be the ‘cold inflation’ activity where visitors can walk into a balloon envelope that is filled with cold air as it lies on the ground.”

To promote the event, Izzati said there would be pop ups at four different locations on Jan 31. Also, on the same day, she said enthusiasts are welcome to the free flying event in Jawi from 7am to 8am. 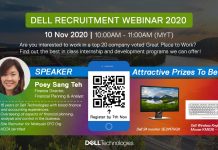 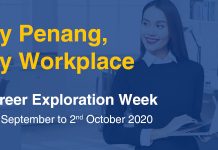 Economic Sectors In The Essential Services...

From Career Break To Comeback: Meet...