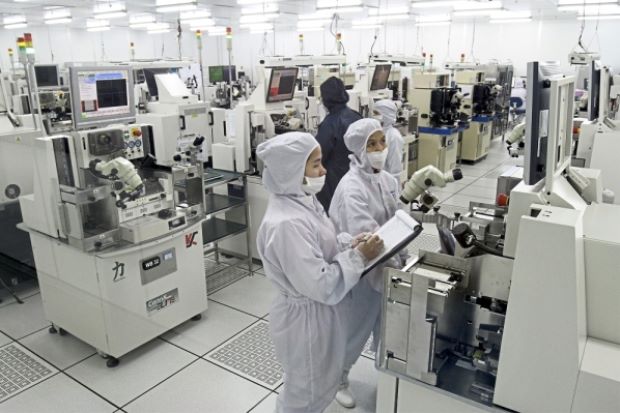 PENANG is one of a handful of manufacturing sites in Asia with a 5G (fifth-generation mobile networks) radio frequency (RF) chip production facility. And the state has become an important production site for Mini-Circuits Technologies (Malaysia), a subsidiary of New York-based Scientific Component.

It is now producing one million 5G RF chips a month for use in 5G telecommunication base stations worldwide.

“The plan is to increase the output to between 40 million and 50 million units in three years, depending on how fast telcos worldwide are able to implement 5G base stations,” says Datuk Seri Kelvin Kiew, president and chief executive officer of Mini-Circuits.

What is the fuss over 5G?

“In layman’s terms, 5G, the successor to 4G, is 100 times faster than 4G, with speeds that reach 10 gigabits per second.

“This would let consumers download a full-length high-definition movie in seconds.

“5G will have enhanced bandwidth, allowing it to accommodate the ‘Internet of Things’ (IoT) such as smart refrigerators to traffic lights to dog collars, enabling them to transmit and receive data.

“The potential benefits to 5G are vast for both businesses and consumers – for the former, the additional capacity and speed should allow for greater mobile working whilst for consumers, the speed should offer additional benefits within the ability of your smartphone. 5G is also crucial to the full implementation of AI (artificial intelligence) worldwide.

“For example, a business using a 5G network would mean employees can video conference from any location whilst for consumers, 5G could allow you to download a film to your smartphone in under a second,” Kiew says.

Penang is an important manufacturing site for Mini-Circuits, contributing about 10% of the 5G RF chips – valued at about US$350mil – to be shipped out by the group over the next few years.

“The value of the 5G RF chips shipped out from Penang is estimated to be about US$80mil for 2019, of which, about half of the amount is for the China market,” he says.

In the initial phase, the sub-6 GHZ application will dominate production, as it provides reasonable bandwidth speed and wider coverage.

“In the subsequent phase, the mmWave will be used in areas where there is a need for multi-gigabit communication services.

“The objective with mmWave is to increase the data bandwidth available over smaller, densely populated areas.

“It will be a key part of 5G in many cities, powering data in sports stadiums, malls, and convention centres, as well as basically anywhere that data congestion might be a problem.

“Out in rural towns and villages, sub-6 GHz and low bands below 2 GHz will probably play a more crucial role in ensuring consistent coverage,” Kiew says.

A problem with mmWave is that the signal cannot penetrate walls.

“However, the mmWave will leverage the support from 5G base stations to bounce around until a decent signal is transmitted.

“When it rains, the signal will be impacted.

“Our manufacturing site worldwide, including Penang, will work on improving both the mmWave and sub-6 GHZ band RF modules to overcome the limitations,” he adds.

According to Global System for Mobile Communications (GSMA) forecast, by 2025, there will be 1.2 billion 5G connections worldwide, with 5G networks covering almost 40% of the global population.

Asia Pacific will account for more than half of these, or 675 million 5G connections, by 2025.

But when will 5G become a reality?

“The first 5G compatible phones will become available in the middle of this year, but consumers will not initially notice vastly faster speeds because 5G coverage will be limited to certain cities or neighbourhoods at first.

“Analysts predict it will be at least a couple of years before the network’s reach will be extensive enough to let you use your 5G phone without relying on current wireless standards most of the time,” he says.

“We had a record year in 2018 shipping over US$400mil worth of RF products that includes filters, power splitters, and amplifiers.

“Growth in 2019 will be between 5% and 10%, impacted by the trade war and the overall slow down in the handheld products.

“Our Malaysia facility is expected to ship US$150mil worth of RF products in 2019,” Kiew concludes. 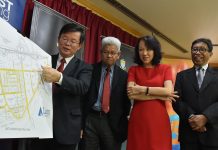 Lam Research to invest RM1bil on plant expansion in Penang 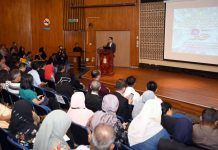 RM23mil worth of 5G demonstration projects take off in Penang 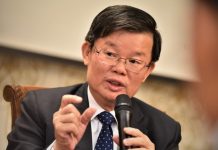 Lam Research to invest RM1bil on...

RM23mil worth of 5G demonstration projects...