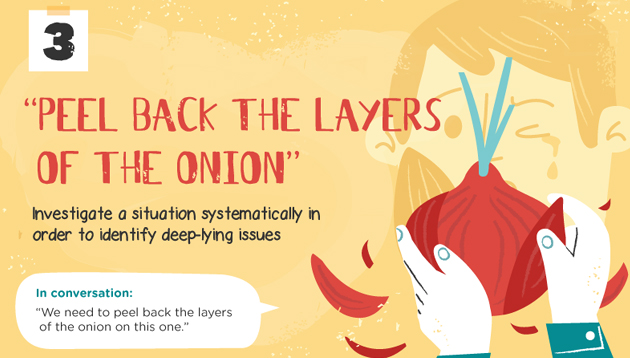 We’ve all encountered office-speak that crops up a bit too often and doesn’t make much sense. In fact, that’s precisely what makes it so humorous. Let’s look at these office clichés in a new light, with Headway Capital having literally illustrated some of the usual suspects. Check out 10 of them below:

Grabbing the low-hanging fruit in a vineyard is a straightforward proposition. At work, that proverbial “fruit” represents the easiest or most obvious tasks. Unless your office really does have fruit hanging from the ceiling, in which case we envy you. 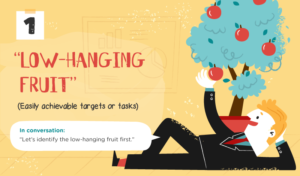 Run it up the flagpole

Otherwise known as “tell people about it.” Sometimes, though, it’s not enough to merely communicate something to people; instead, one must figuratively run it up a flagpole so that people can salute. 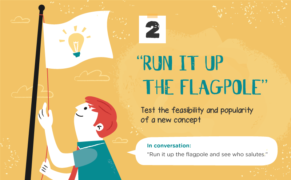 Peel back the layers of the onion

Everyone knows that onions have multiple layers. So what do you gain from metaphorically peeling them back at work? A systematic, thorough investigation of a problem. One layer at a time. 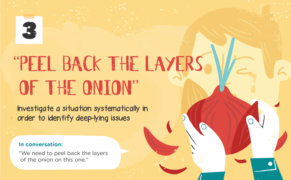 Referring to a problem in ancient geography, squaring the circle effectively requires one to carry out the impossible. Get ready, because this project might just require a miracle! 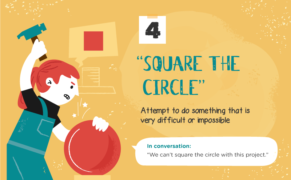 There is a kind of logic underlying this expression. Reinventing the wheel and improving on it would be a pretty tough gig, and sometimes it’s best to keep things simple. You know what they say: if it ain’t broke, don’t fix it. 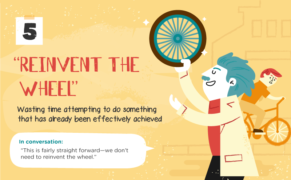 What exactly are silos? And how do you break them down? When told this, don’t break into a farm and smash up its grain storage system. Instead, reflect on the atomised organisational structure of your office and resolve to build some more joined-up processes. In short, talk to people more. 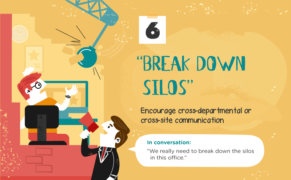 Sounds like an easy task since envelopes are quite light and easy to push, right? Unfortunately, nothing is ever that simple in the office. This one requires you to extend the apparent limits of performance. 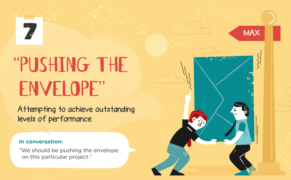 Ducks in a row

Ducks are orderly creatures and simply adore swimming in a row. So when asked to put ducks in a row in the office, you are being asked to organise things generally in order to create an orderly appearance. Like ducks swimming in a row. 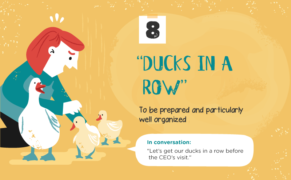 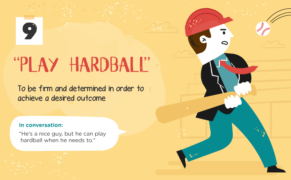 Keep me in the loop

This phrase assumes there is a loop in your office, which means the silos must already have been broken down effectively. Once you’ve established a loop, make sure you keep people in it. Particularly important people who tell you to keep them in the loop. 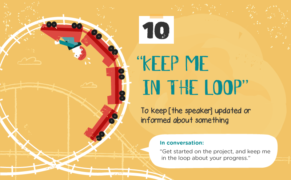 So the next time you’re told that you need to play hardball on this one, get your ducks in a row and run it up the flagpole ASAP, you won’t need to stand there looking bemused. Imagine the phrase in a literal sense, have a good chuckle and then get down to business! 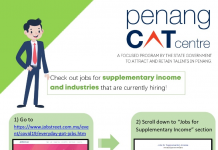 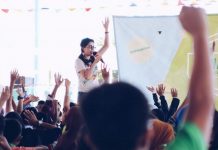 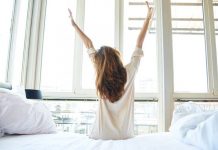